The George Floyd verdict would not have happened

The George Floyd verdict would not have happened

The arc of the moral universe is long, but it bends towards justice.” President Obama was fond of the saying and used it often – but it could do with a second part. The arc of the moral universe does not bend on its own. It is bent in the right direction by protesters, campaigners and dissenters. It was their hands that forced it towards justice last week, when the former police officer Derek Chauvin was found guilty of the second-degree murder of George Floyd. We cannot celebrate and take comfort in the verdict that was meted out without acknowledging the action outside the courtroom that secured it. 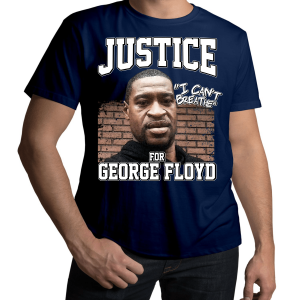 But this is what some will do: claim the verdict to be a great victory, after denigrating the means by which it was achieved. The protests in the wake of Floyd’s murder have been called the largest in US and global history. They reached more than 50 countries. In the US, tens of millions of dollars were raised and invested in grassroots communities and advocacy in a diffuse, decentralised network that lobbied politicians and pushed through voter registration. It all made a deep impression on the public consciousness. Chauvin quite simply would not have been brought to trial on these charges, let alone been convicted, were it not for these tireless efforts.

Some of those politicians are now shimmying to catch a bit of Floyd’s halo. The New York mayor, Bill de Blasio, said that “justice was served” after “the reality of racism in this nation finally hit a boiling point”. But he defended police driving into protesters who had reached that boiling point, saying that it was “inappropriate for protesters to surround a police vehicle and threaten police officers”. In the UK, Boris Johnson “welcomed” the verdict, after spending last summer urging people not to support Black Lives Matter demonstrations, which he decided were “in all probability going to end in violence”. Sajid Javid, the former home secretary, tweeted, “Justice. Black lives matter”, seemingly forgetting that last year he said the organisation was “not a force for good” and demanded protesters “show some goddamn respect”.

But this is how progress is won: by not showing goddamn respect. It isn’t handed over by the benign powers that govern us, but wrested from their hands through protest, riots and civil disobedience. Chauvin’s conviction was not the only legal consequence of last year’s mobilisations. From forcing Emmanuel Macron to put reform of the French police on the table to catalysing change in newsrooms in the US, the consequences were manifold. This type of dissent is responsible for many of the rights we all enjoy today, from universal suffrage in the UK to civil rights for black people in the US.

But there is a broader reason why the protests were being written out of history the moment they began to have an impact. As such movements gain momentum, their reach becomes impossible to contain. The charge that Black Lives Matter is a radical movement is correct. For it to achieve its goals, for racial equity to be achieved, a wholesale rethinking of power relations – between boss and employee, border guard and migrant, ruler and ruled – must take place. A grand redistribution of wealth is essential. A fallen statue is not about a mindless moment of anger, it is a demand to fundamentally and honestly rethink a particular country’s history and sense of self. 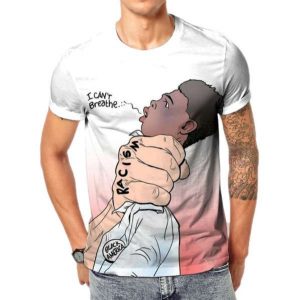 The uncomfortable truth is that change comes about in ways that are disruptive and, yes, occasionally unsavoury. Those events are then sanitised and their significance minimised, so we can maintain a naive trust in the arc of history and those who govern us. Every legal system is as flawed and institutionally skewed as the country in which it exists. In the UK and the US, it has inbuilt biases in favour of the police and those who can afford the best legal representation. Those who cannot afford it, from marginalised communities, are subject to criminalisation, becoming forever felons in the eyes of the state.

But the justice system is also sensitive to public opinion and the political environment, and its outcomes are often an interplay between external pressures and internal deficiencies. Accountability for George Floyd’s death may have been delivered in a courtroom, but it began in the streets.