Zack Snyder's Justice League was in director Zack Snyder's original vision for the movie, but not everything went according to plan. Instead of Martian Manhunter, Snyder wanted to introduce John Stewart into the DC Extended Universe. Unfortunately, the injured scene was cut even though it was filmed. In Justice Con, Snyder revealed that the actor Green Lantern filmed the scene was Wayne T. Carr.

"[Zack] said, 'We'll shoot it, we'll see what the studio says,'" the actor Green Lantern told LightCast (Comicbook's transcription). “This is crazy because we filmed it in what I would call 'Driveway Studios'. He called me after he showed it to everyone. I think it was the second time because they watched it partially. He was like, "They won't let me do this." 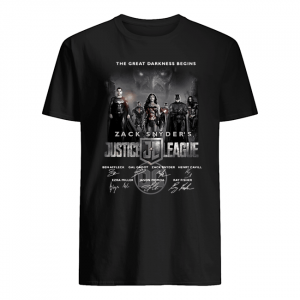 While the cut scene disappointed actor Green Lantern, Carr was grateful for the opportunity and appreciated the fan's response.

“When I see the full vision, I have gone through the journey like everyone has gone through the journey. Finally, I realized, 'Ugh. I am not part of this. Honey. That just warmed my heart once all the concept art and content started to go down. It is nothing but love from fans, man. Like, I wasn't even in the movie, and I just got the positive feedback from everyone and support. It's super crazy. It's completely crazy, but I love it. "